Our Fort Collins project features several large windows and sliding doors, mainly at the patio locations on both the second and third floor. The particular window seen in this series is at the intersection of the second and third floor stairway and was quite fun to install. It certainly creates a dramatic look from both outside and inside. The homeowner is considering the trendy glass globe cluster chandelier as the feature lighting for this space; which will really add an elegance to the steel and wood stairway which it overhangs! 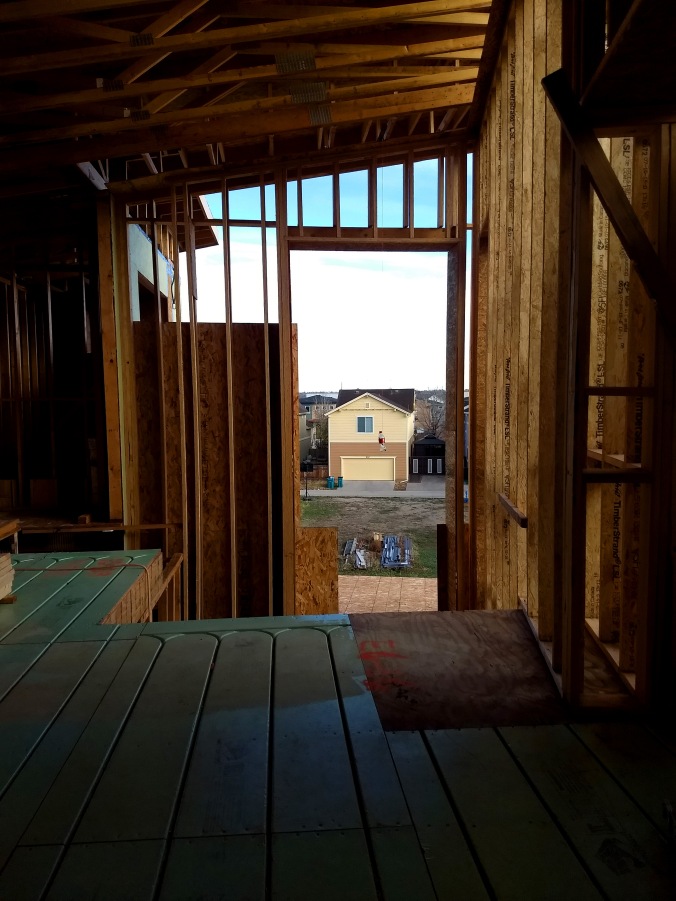 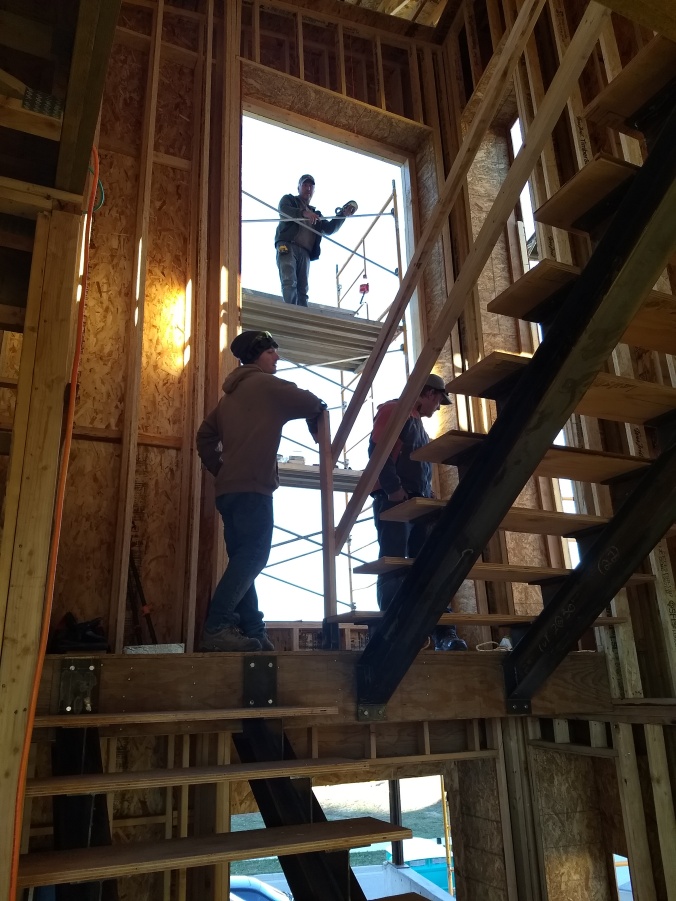 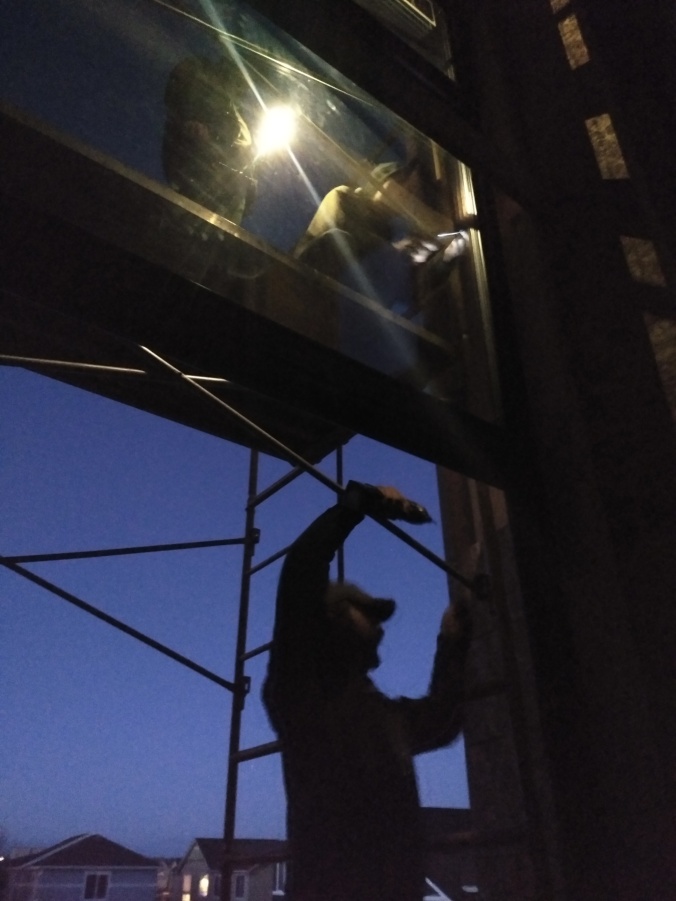 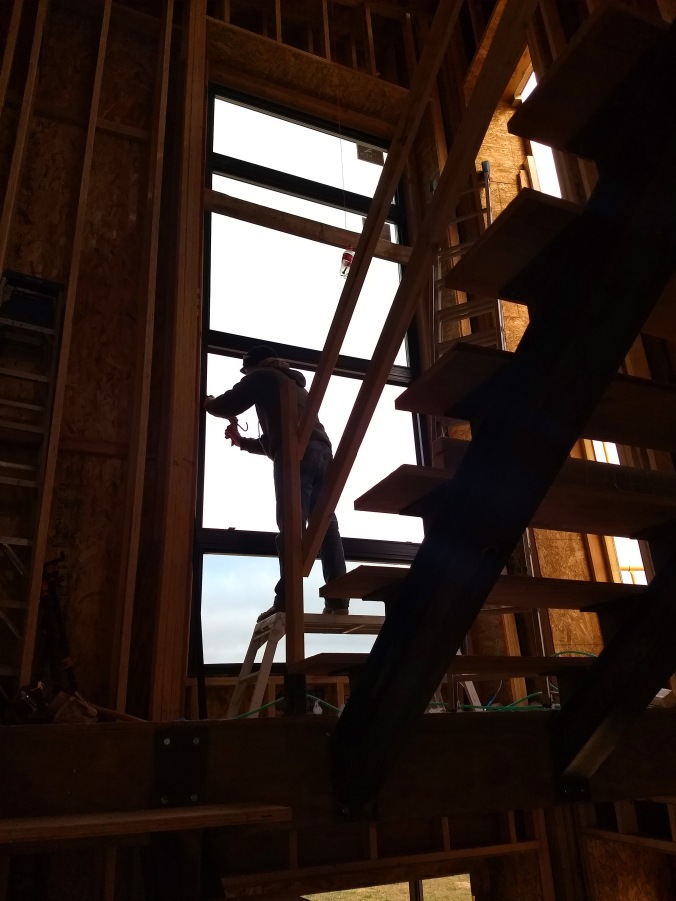