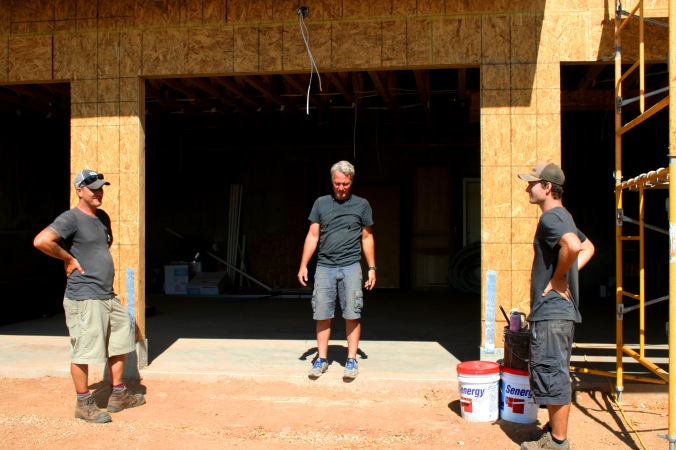 These three have been staying busy; unlike the tiny boss chilling in the wheelbarrow above.

Once framing and sheathing wrapped up, we quickly got to work on air/water/vapor sealing, and installing windows, doors, trim and siding. 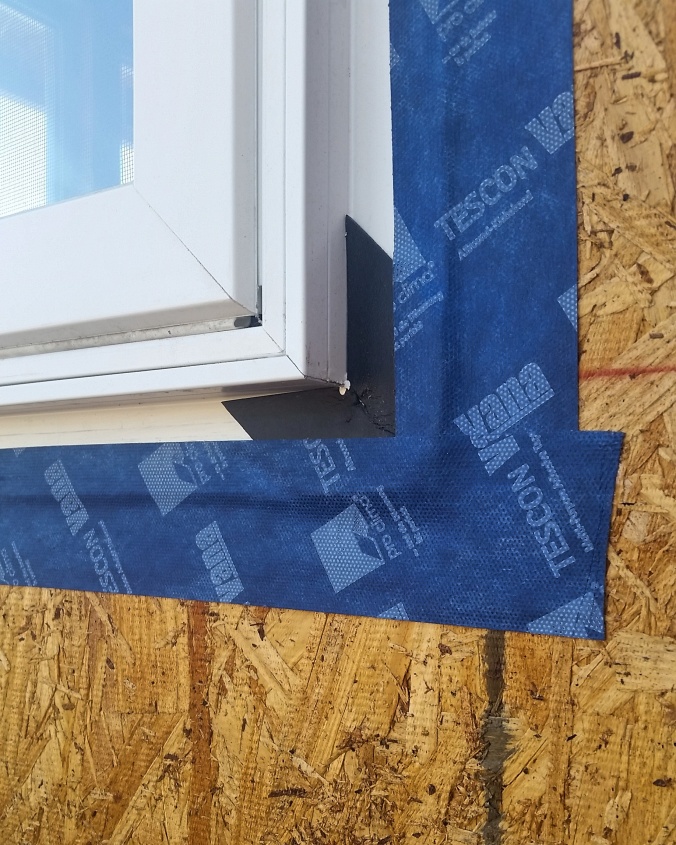 The design of the homes exterior incorporates wood, stone and brick. The homeowner had two colors of wood that she stained, one very dark and one very light-you could say it’s black and and white in appearance, but up close there is a lot more color variations including tones of brown and green that help give the homes exterior a very rustic country look.

Here is a corner photo of the two stains side by side. 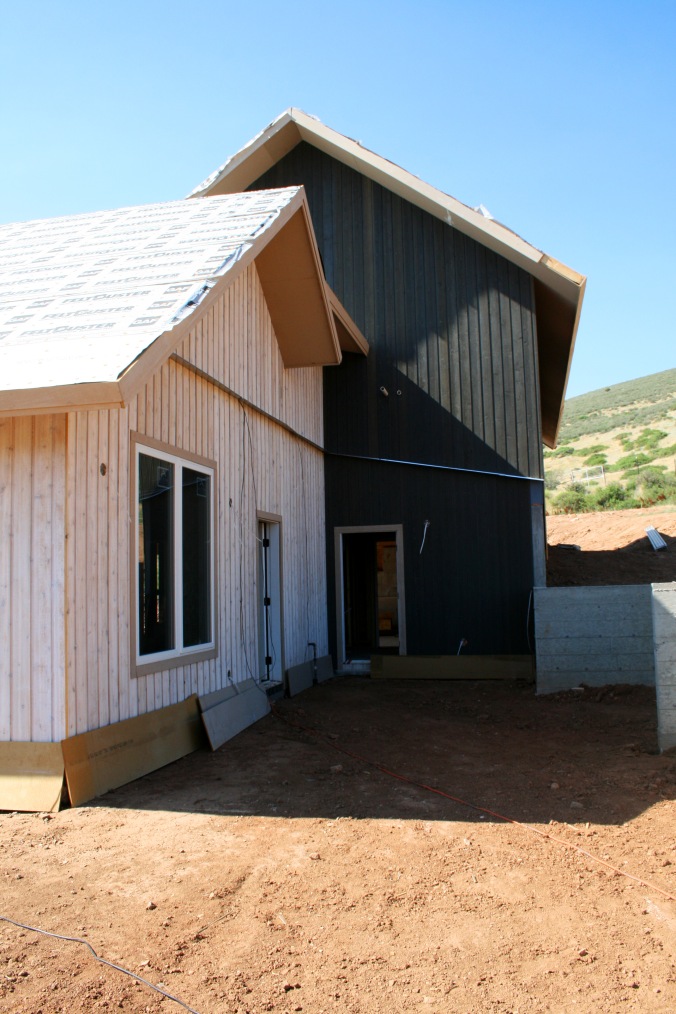 As you can see, there is a lot of character and variation in the color of the siding depending on light and where a person is standing.

The white siding has also been used as an accent color under some windows. The Cupolas along the roofs ridge provide a bit more character along the gable. 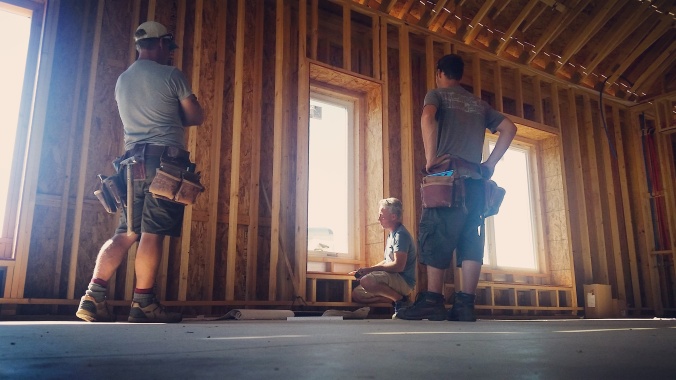 The rough plumbing and electrical have been completed and we are getting ready to start blowing insulation. 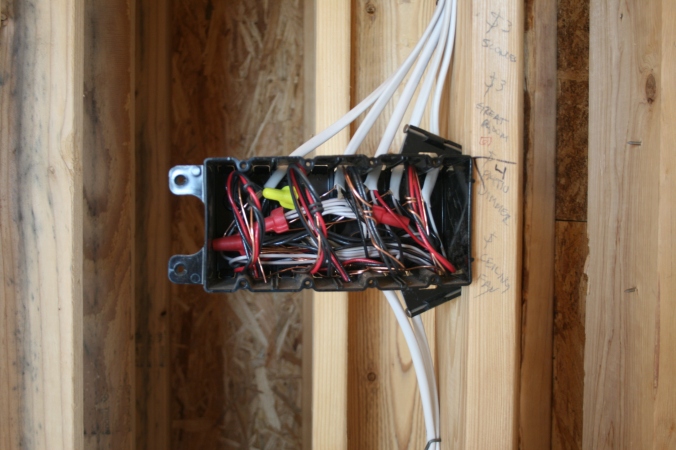 Just look at that light switch box! We really appreciate the work both the plumbing and electrical contractors have done!

Here is a photo of the tenting around the fire sprinklers. This is a mandatory step before insulation can be installed. What we are doing, is creating a barrier between the sprinkler line and the cellulose; which will help to prevent/minimize the chance of the line freezing. The netting seen above the line will also be tacked to the studs along the walls, and cellulose will be blown in and dense packed.